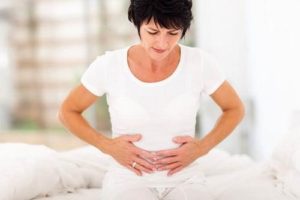 Crohn’s disease can affect any part of the GI tract. While symptoms vary from patient to patient and some may be more common than others, the tell-tale symptoms of Crohn’s disease include inflammation along the lining of the bowel tissues, specifically at the end of the end of the small bowel and the beginning of the colon. This inflammation can be extremely painful resulting in, persistent diarrhea, rectal bleeding, urgent need to move bowels, abdominal cramps and pain, sensation of incomplete evacuation, fatigue and constipation (can lead to bowel obstruction)

As chiropractors, we recommend choosing conservative, non-invasive forms of treatment first whenever possible. There is no known cure for Crohn’s disease there are several methods of treatment. The most common treatment path is drug therapy and in some cases, surgery. Research, published in the November 2002 issue of the Journal of Vertebral Subluxation Research (JVSR) demonstrates that chiropractic care may be effective in helping patients with allergies and Crohn’s Disease. The results of those studied showed long term remission and alleviation of symptoms in both allergy and Crohn’s Disease.

Complementary medicine: A group of diagnostic and therapeutic disciplines that are used together with conventional medicine. Multiple cross sectional surveys have revealed that 51 percent of patients with inflammatory bowel disease use complementary medicine for treating their illness. These studies have indicated an increase in people seeking out alternative treatment methods.

Another Study in 1996 in the New England Journal of Medicine found that Crohn’s disease patients taking fish oil were twice as likely to remain in remission as those who took a placebo. Known for their anti-inflammatory properties, omeg-3 fatty acids may play a positive role in treating the symptoms of Crohn’s disease.

All Star Chiropractic Can Help You with Crohn’s Disease.