How Chiropractic Care Can Help with ADD/ADHD Symptoms 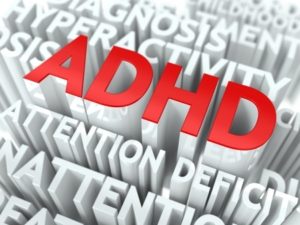 Definition of attention deficit hypertension disorder/ADHD: a developmental disorder that is marked especially by persistent symptoms of inattention (such as distractibility, forgetfulness, or disorganization) or by symptoms of hyperactivity and impulsivity (such as fidgeting, speaking out of turn, or restlessness) or by symptoms of all three and that is not caused by any serious underlying physical or mental disorder. Some people call it ADD, but ADHD is the correct name for it. ADHD is a known central nervous system disorder. … Since the nervous system (brain, spinal cord, and spinal nerves) is protected by the skull and moveable bones of the spine, chiropractors are able to use gentle spinal adjustments to affect the nervous system. ADHD is a condition that can affect children and adults alike.

What are the Statistics of ADHD?

Has the ability to test for this condition improved or are people being misdiagnosed or over diagnosed? Also, what else can be done to combat these high numbers?

In his article, “Misdiagnosis, Anywhere,” psychiatrist Dr. Peter Breggin, Breggin graduated from Harvard College with honors and Case Western Reserve Medical School, presents excellent food for thought: The typical symptoms of ADHD—hyperactivity, impulsivity and inattention—are actually quite common and normal behaviors for young children. He also points out that if these behaviors (not symptoms) become excessive, then it’s appropriate to look at the root of the problem instead of choosing a quick fix.

We recommend that parents (and doctors) consider other factors and causes of behavior before placing a child or young adult on medication. There may be other underlying causes such as nutrition, family environment, school or social stresses, which could be addressed first. Studies show that protein promotes alertness in the brain. Carbohydrates do the opposite. And artificial colors and flavors are even worse. Which may explain why Fruity Pebbles are so awful for your child with ADHD. It may be less obvious to some, but nutrition may play a large role in children’s behavioral changes or issues. A long-term study done with more than 1,000 children, found a link between poor nutrition and “bad” behavior. The children were more aggressive, anti-social and exhibited risky behavior.

We live in a world where pharmaceuticals are the remedy for all that ails us. More often than not we take whatever the doctor prescribes. If harmful side-affects arise, we notify the doctor and appropriate modifications are made. However, a child taking psycho-pharmaceuticals like Adderall or Ritilan for Attention-Deficit/Hyperactivity Disorder (ADHD) may not be so in-tune with their bodily functions and emotions to make such observations, let alone articulate them. Be sure to thoroughly research any recommended medications, and never be afraid to ask for a second opinion. And be aware of side effects, prescribed use of common ADHD drugs like Ritalin and Adderall have been connected to weight loss and stunted growth. There’s also some evidence these medications may affect children’s social and creative development.

The main idea behind chiropractic care is that it restores optimal function of the nerve system. According the Grey’s Anatomy textbook, “All functions of the body are controlled by the nervous system.” ADHD is a known central nervous system disorder. When there is stress and tension in the nerve system, caused by common childhood occurrences like birth, falls, and sports, behavior problems may arise. ADHD causes children to behave erratically, have difficulty concentrating, seem overly sensitive, and have meltdowns for no apparent reason. Chiropractic care helps by calming the nerve system. The end result is that the child behaves and functions at a higher level. While changing diet, supplementing, and removing environmental irritants are very important and effective parts of caring for children with this problem, will only get limited results if there is stress and tension in the nervous system. Studies and case reports have demonstrated a link between improved behaviors and symptoms of children diagnosed ADHD while under chiropractic care. Gentle spinal adjustments and therapies are typically performed while under chiropractic care, and many patients and parents of patients have reported improvements in their children’s diagnosed ADHD symptoms and behaviors.